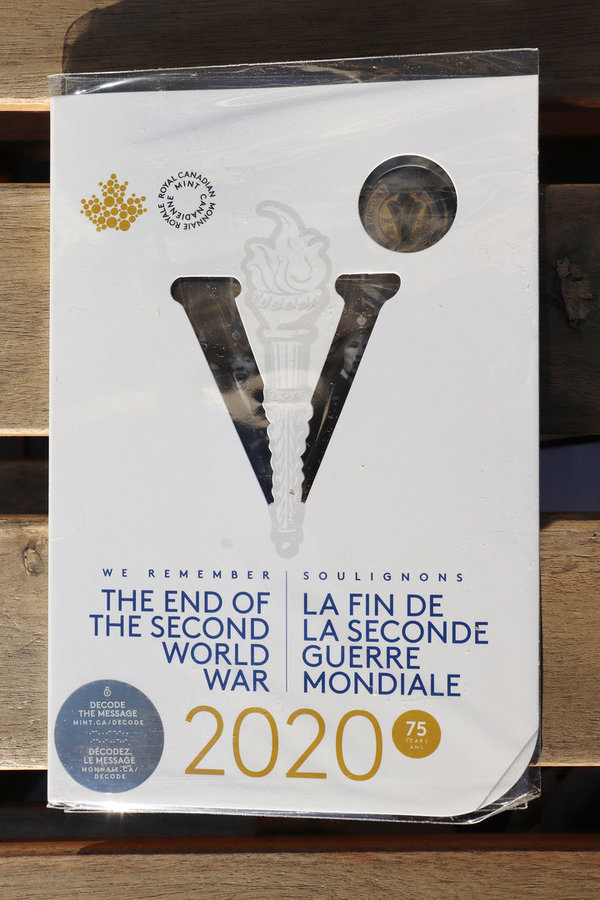 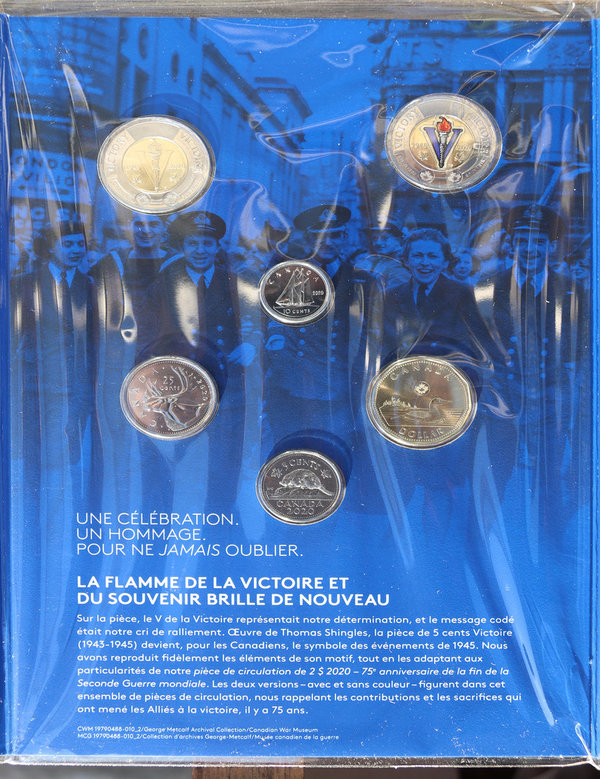 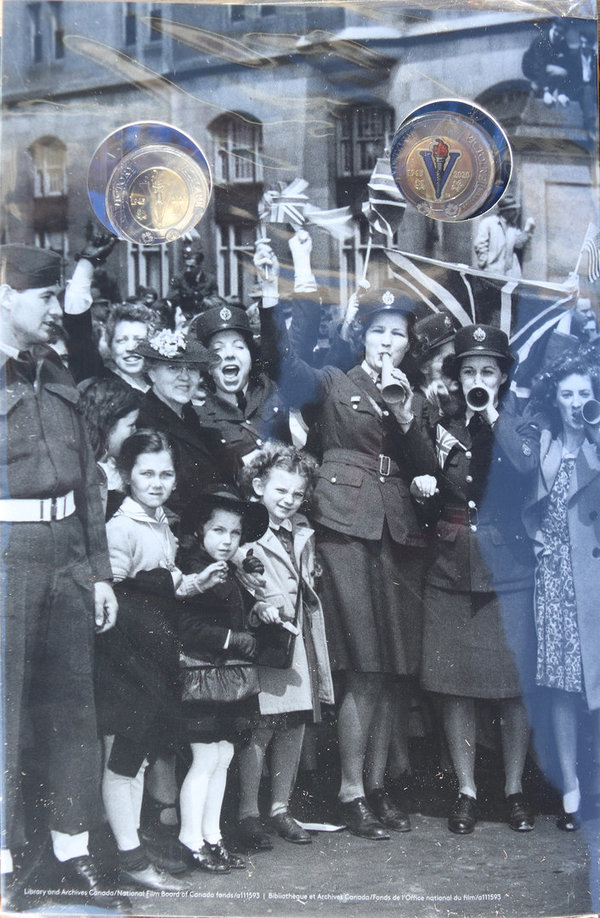 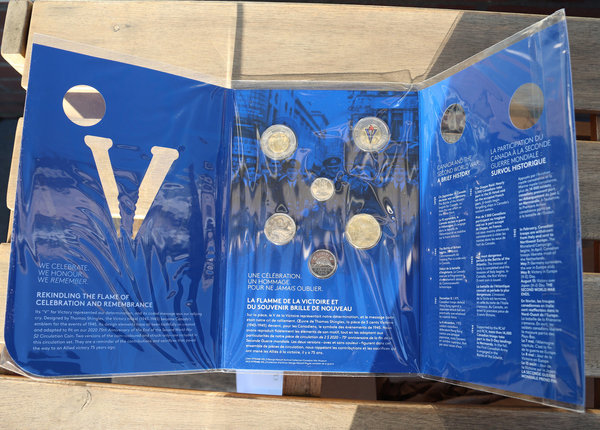 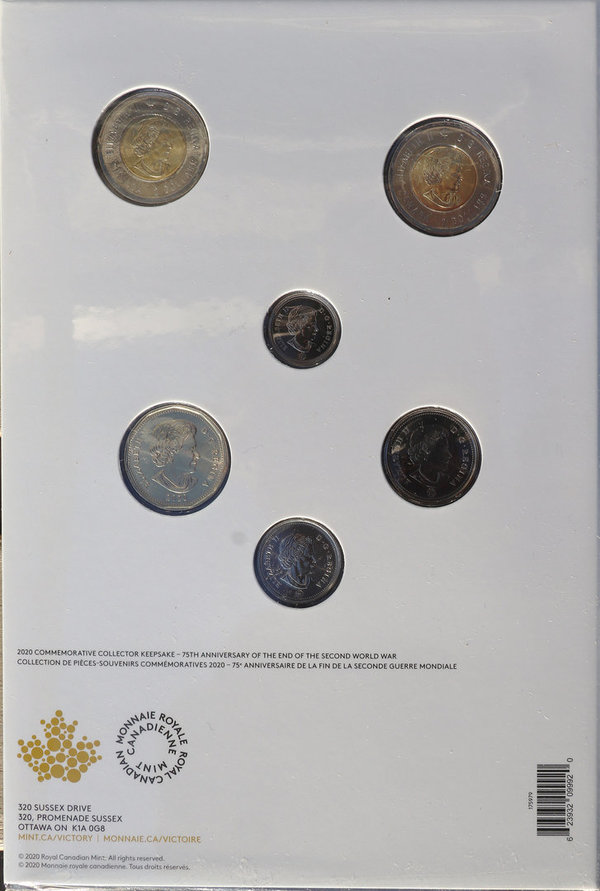 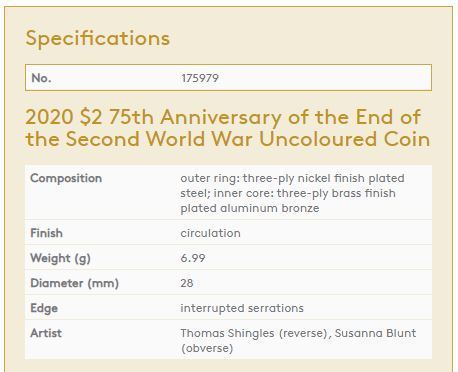 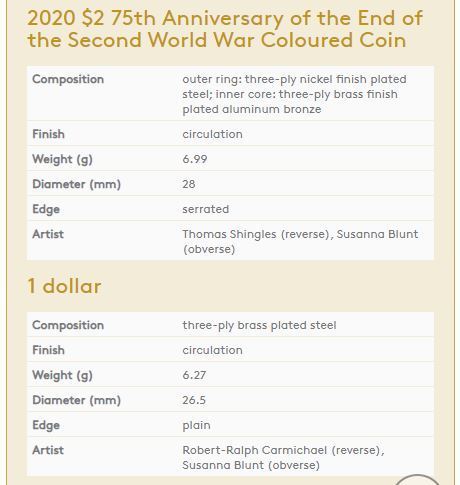 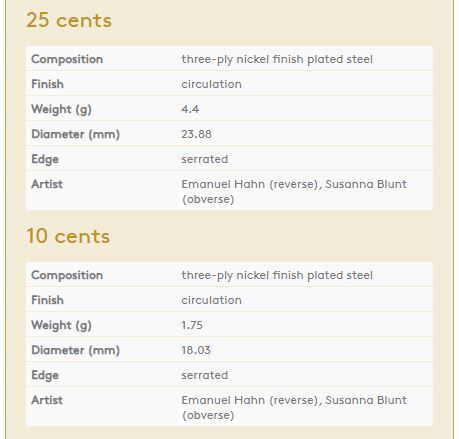 incl. VAT, plus delivery
In stock

A commemoration that pays tribute to the fallen and keeps a promise to never forget.

Own both versions of the 2020 remembrance-themed circulation coin.

With its "V" for Victory and its coded message to Canadians everywhere, Thomas Shingles' Victory design reflected this nation's spirit in 1945. Now, 75 years later, we're bringing the famous design back on a new $2 commemorative circulation coin, which honours the contributions and sacrifices that paved the way to Allied victory.

This keepsake set features two versions of Canada's $2 circulation coin issued in 2020 to mark the 75th anniversary of the end of the Second World War. Both the uncoloured and coloured versions appear alongside our classic $1, 25-, 10- and 5-cent circulation denominations, and all six coins are packaged in a special collector card.

It's an easy way to view and display the newest addition to your collection!